Mining and mineral processing describe the process by which useful metals and minerals are extracted from the earth’s crust.

What is Mining and Mineral Processing?

Mining describes the digging-up and removal of ore-containing rocks, either from large surface pits or underground workings. This run of mine (ROM) material is then processed to separate the valuable mineral from the unusable gangue. This second stage is known as mineral processing and will comprise some combination of crushing, screening, grinding, classification, and flotation. 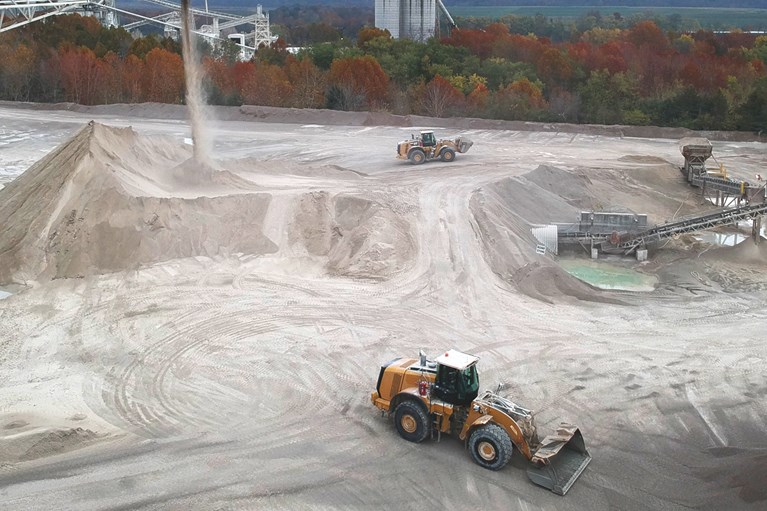 How is Lime Used in Mining and Mineral Processing?

Lime is used in mining and mineral processing for its strong alkalizing effect: 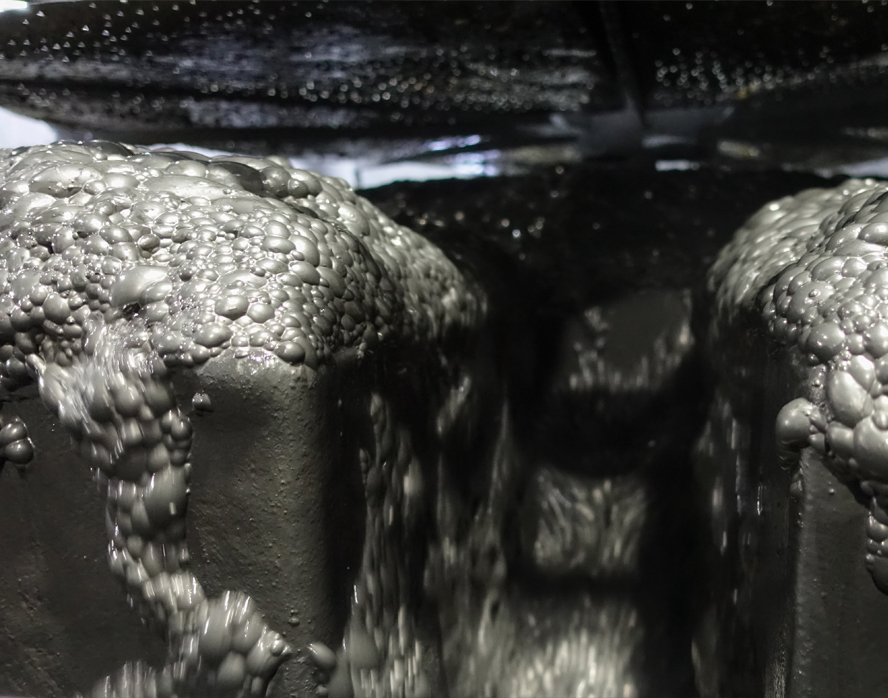 Mineral flotation (also known as froth flotation) separates the target mineral from the gangue through a series of physico-chemical processes. In brief: chemical reagents are added to a pulp of water and finely ground ore to selectively coat the target mineral, altering its surface properties so that it become hydrophobic and floats up to the surface of the flotation cell, where it can be removed.

It is a simple concept, but flotation is a chemically complex process, part of which arises from the fact that the flotation response is often strongly dependent on the pH of the pulp. This brings us to lime, which is one of the most commonly used chemical reagents in mineral flotation due to its ability to economically and efficiently control pH. It is added at various points in the flotation circuit, whenever it is necessary to raise the pH, as calcium hydroxide (also known as hydrated or slaked lime, Ca(OH)2) slurry.

It should be noted that, under certain pulp chemistries, soda ash (sodium carbonate) or caustic soda (sodium hydroxide) may be used instead of hydrated lime. 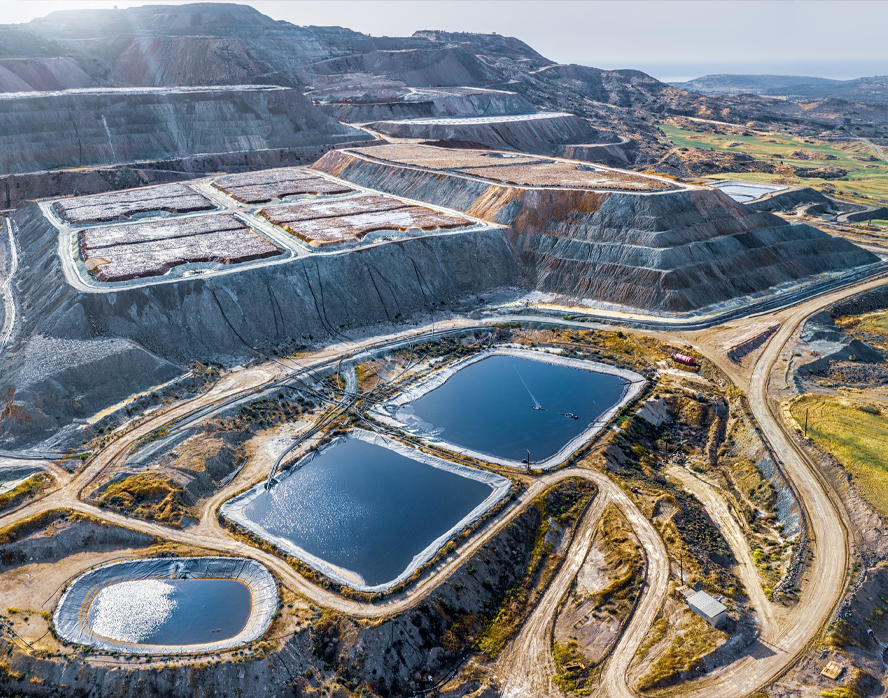 Leaching is an alternative process to flotation for the extraction of ores from mined rock. It utilizes the natural propensity of minerals to dissolve in percolating water and produces a mineral-rich solution. Mineral leaching operations optimize this process through the use of chemical leaching solutions (lixiviants).

Cyanide lixiviants in particular have been a standard way of processing gold for more than a century. Alkalis such as lime (or sometimes caustic soda) are an important additive in such processes for pH control, as cyanide evaporates at pH values below 9. Therefore, to keep the cyanide in liquid phase and avoid the release of toxic hydrogen cyanide gas, an alkali is added to ensure a high pH is maintained.

In traditional cyanide leaching, the ore is processed in vats or columns. Heap leaching is an alternative process used to economically extract minerals from very low-grade ores. The mined rock is stacked on an impermeable leach pad. The lixiviant is applied, percolates through the heap, and dissolves the wanted mineral as it goes. The now mineral-rich (pregnant) solution is drained off and processed to strip the dissolved minerals. It can then be reused.

Lime is again used to provide a degree of pH control in heap leach processes. It may also be used as a binder to promote agglomeration of fines (this keeps the heap open for percolation) and to treat acidic effluent and spent heaps. 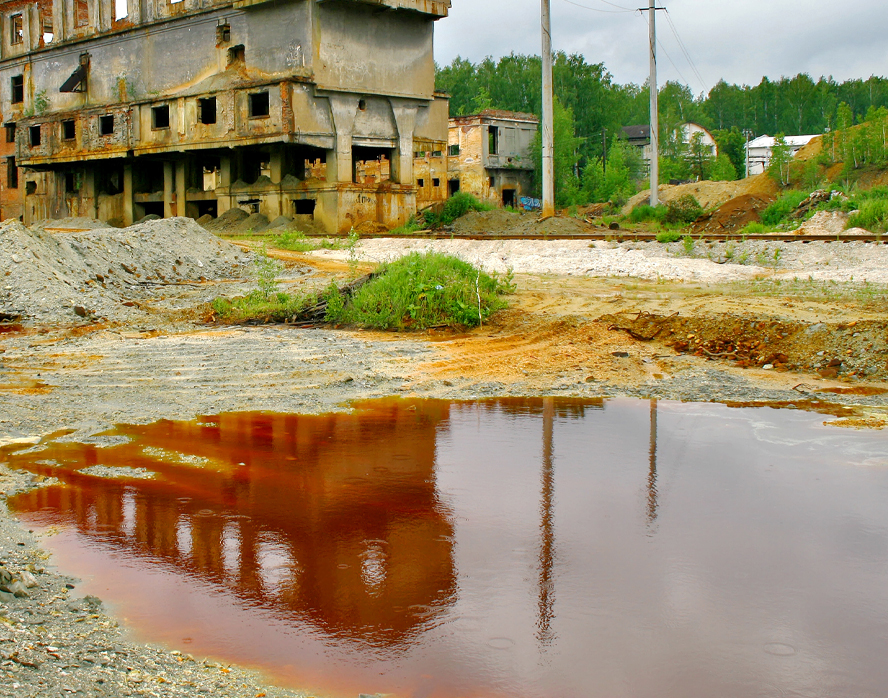 Lime and Acid Mine Drainage

Acid mine drainage is a major cause of water pollution in mining regions worldwide. It is caused when water comes into contact with mined materials or ground disturbed by mining. This could be due to flooding of the mine at the end of its commercial operation, or the outflow of water from tailings ponds and mine waste rock dumps. Due to the natural tendency of metals and minerals to dissolve in water (as noted above), this drainage will contain many elements that are toxic to the environment, including heavy metals.

Lime is used in the treatment of acid mine drainage to neutralize the discharge; a process that also allows the removal of heavy metals, which precipitate out of acid mine waste at higher pH values.

Acid mine drainage poses a risk long after commercial operations at the mine have ended, and STT has significant experience in supporting mine clean-up activities to ensure these toxic leachates are properly treated and neutralized.

STT is an expert in the design, procurement, and installation of dry chemical systems for the mining industry. We have a strong history of supplying reagent preparation systems for a wide variety of dry chemicals including lime and soda ash. We provide support from truck unloading through to slurry delivery to the final process, and all parts in between (storage, flow promotion, feeding, mixing and pumping).

We are also a globally-recognized leading expert in the design and supply of lime slakers and auxiliary equipment, such as slurry holding tanks, de-gritting systems, and slaker control systems. When it comes to the mining industry, we have partnered with Metso to integrate Metso’s well-known VERTIMILL® vertical ball mill with our patented lime feed design into a vertical ball mill slaker system that is ideal for mineral processing operations. The VERTIMILL® slaker produces a highly-reactive slurry, even with very low-quality limes and challenging process water, while also eliminating the need for grit removal and disposal.

STT can also draw on the experience of its parent company, Carmeuse, a global leader in lime and limestone. Carmeuse specialists have over a century of combined industry experience in the optimized use of lime across a range of industry applications, including the supply of lime products for mineral processing.